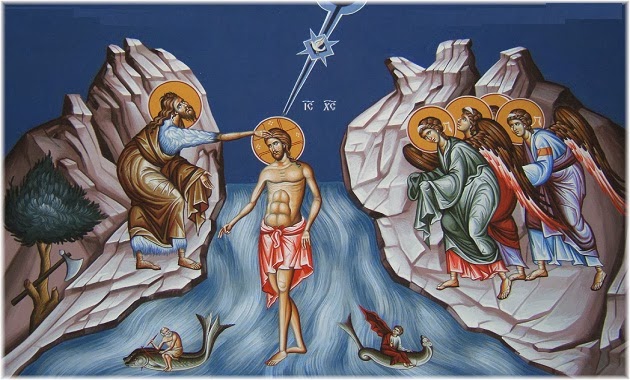 Epiphany is celebrated by both the Eastern and Western Churches, but a major difference between them is over precisely which historical events the feast commemorates. For Western Christians the feast primarily commemorates the coming of the Magi, while in the East the feast celebrates the Baptism of Christ in the Jordan river. However, in both cases the essence of the feast is the same: the manifestation of Christ to the world (whether as an infant or in the Jordan), and the Mystery of the Incarnation. 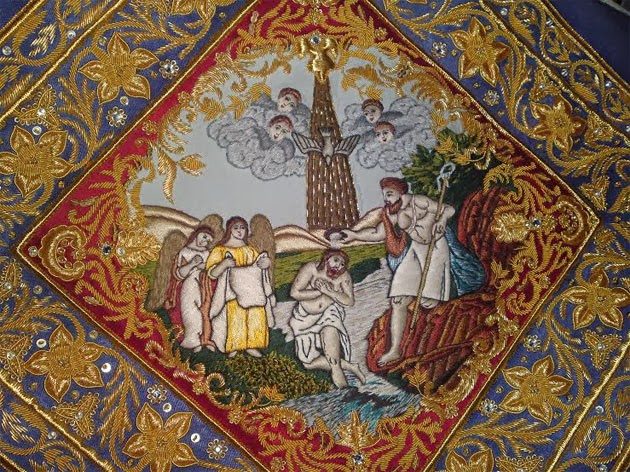 source
In Greece, Cyprus and the Greek diaspora throughout the world, the feast is called the Theophany or colloquially called the Phōta (Greek: Φώτα, "Lights") and customs revolve around the Great Blessing of the Waters. It marks the end of the traditional ban on sailing, as the tumultuous winter seas are cleansed of the mischief-prone kalikántzaroi, the goblins that try to torment God-fearing Christians through the festive season. At this ceremony, a cross is thrown into the water, 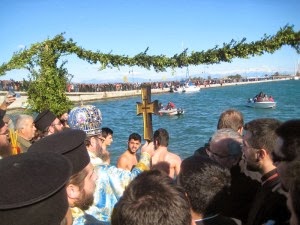 and the men clamour to retrieve it for good luck. 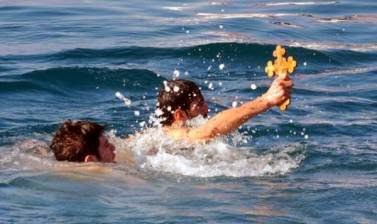 source
The Phota form the middle of another festive triduum, together with Epiphany Eve, January 6 (and eve of January 5), when children sing the Epiphany carols, and the great feast of St. John the Baptist on January 7 (and eve of January 6),when the numerous Johns and Joans celebrate their name-day.

Today, the Great Blessing of the Waters took place
in the port of the small town close to where I live, 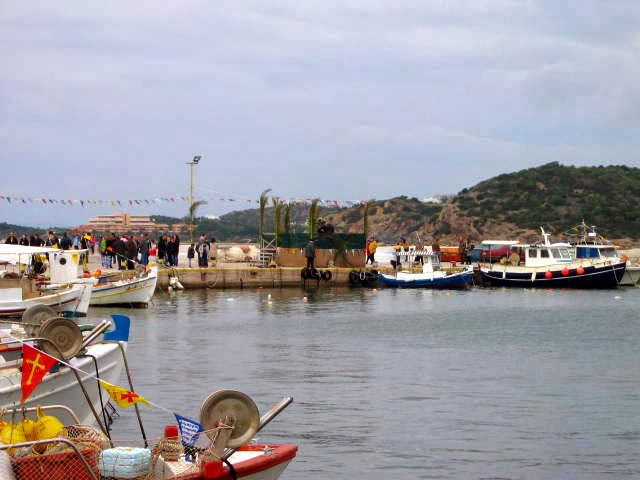 whilst on the other end of the large bay 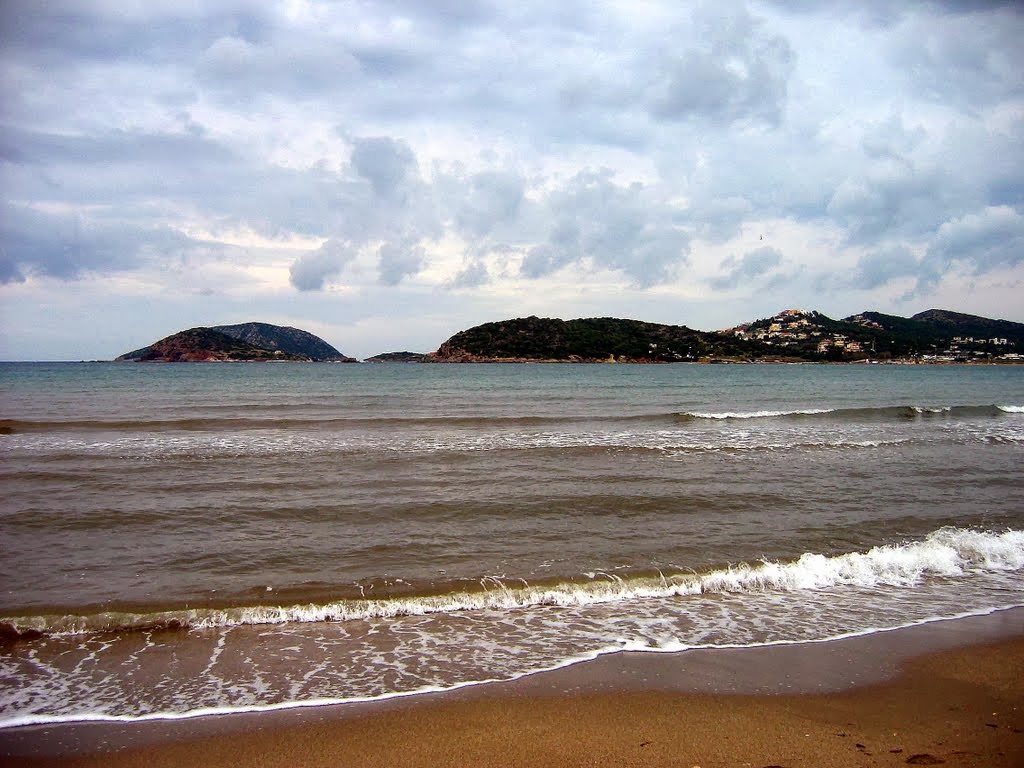 a wooden stage for the priests and officials of the neighbouring small town, was erected some days ago on the beach itself. 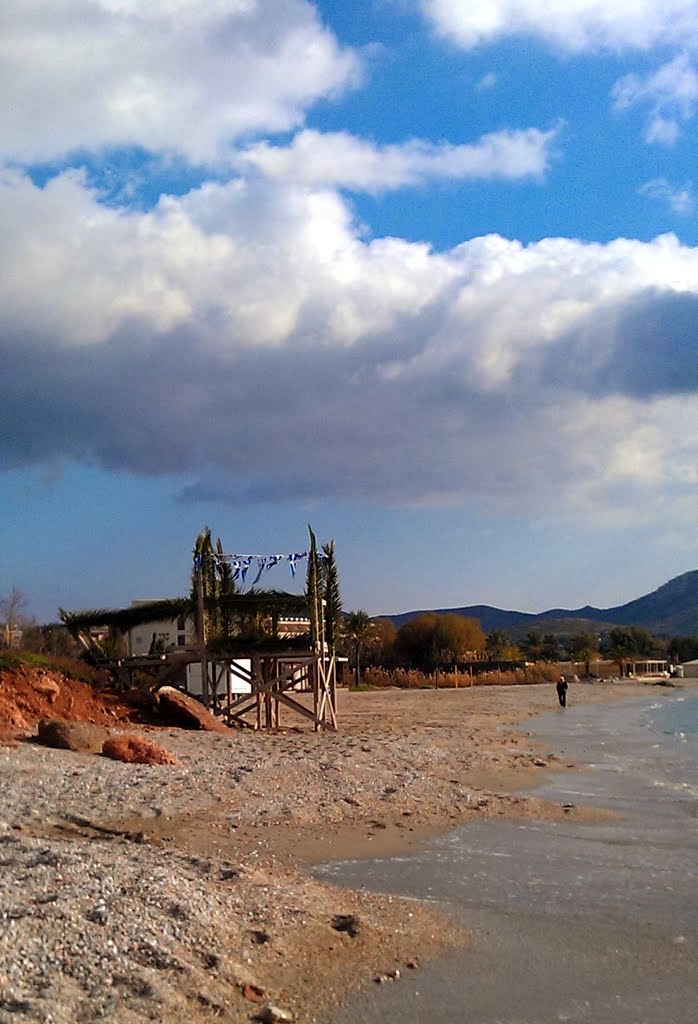 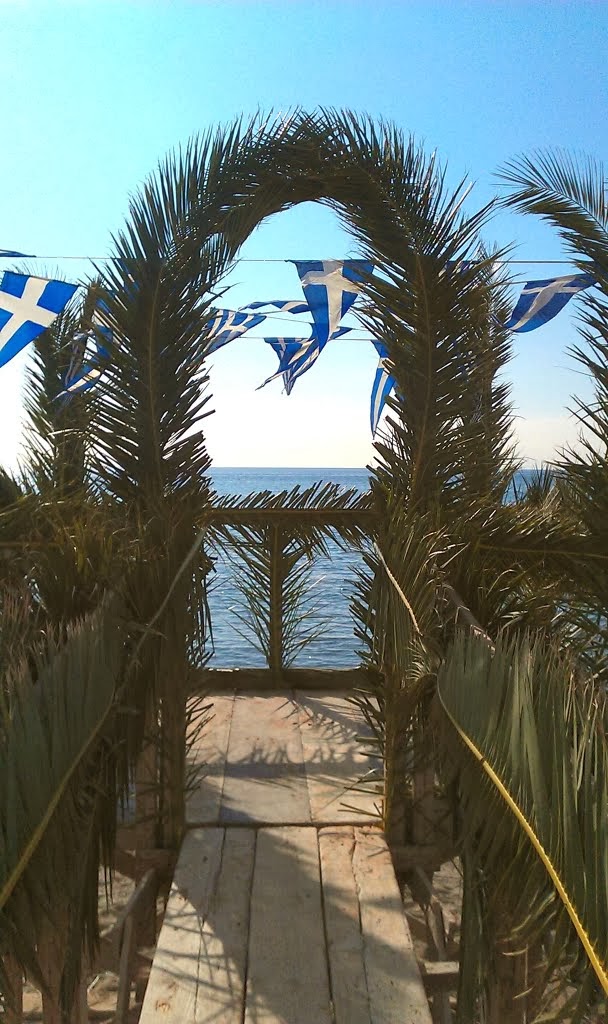 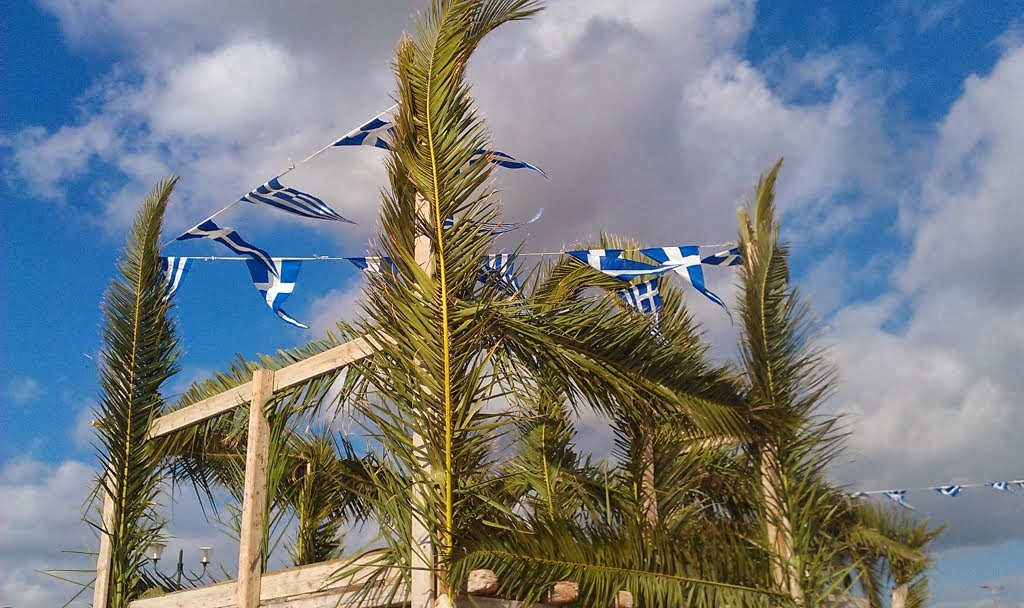 It was on that day, during my walk on the beach that I found this pinna shell.
Isn't it beautiful? 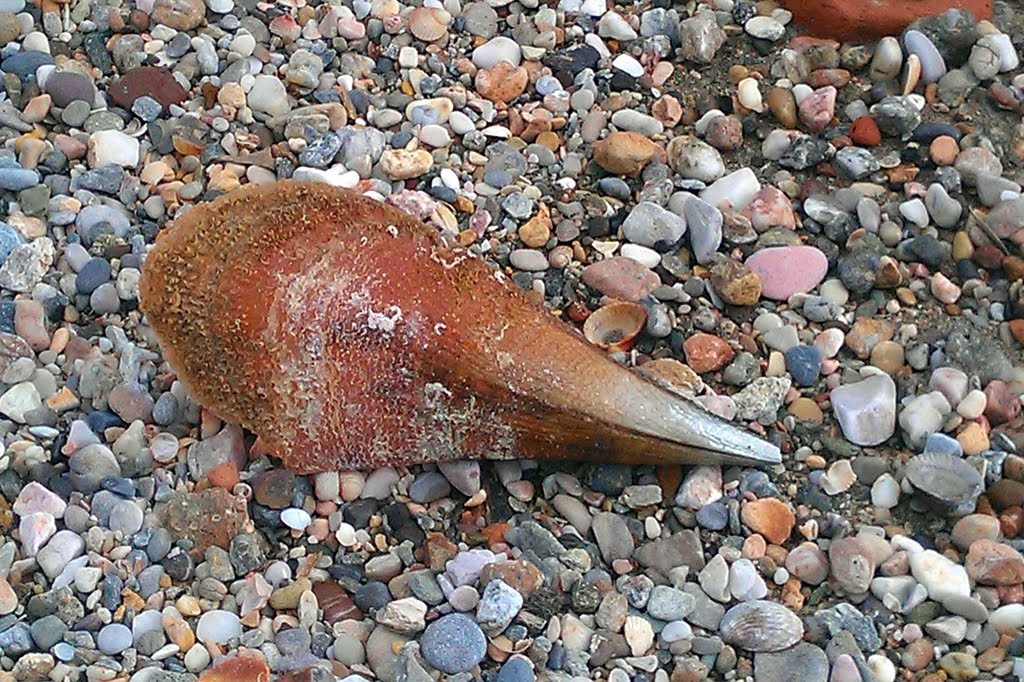 Pinna is a genus of pen shells. It is a cosmopolitan genus of bivalve molluscs characterized by elongated, wedge-shaped shells which most commonly stand point-first in the sea bottom in which they live, anchored by a net of byssus threads.( wikipedia)

Kallikantzaroi (Greek: Καλλικάντζαρος; sing. Kallikantzaros) are malevolent goblins in Greek folk tradition. They dwell underground but come to the surface during the twelve days of Christmas from 25 December to 6 January (from the winter solstice for a fortnight during which time the sun ceases its seasonal movement). 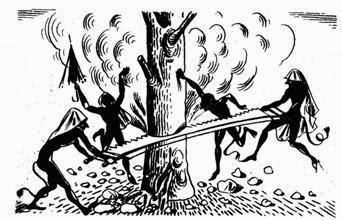 It is believed that Kallikantzaroi stay underground sawing the World tree, so that it will collapse, along with Earth. However, when they are about to saw the final part, Christmas dawns and they are able to come to the surface. They forget the Tree and come to bring trouble to mortals.

Finally, on the Epiphany (6 January), the sun starts moving again, and they must go underground again to continue their sawing. They see that during their absence the World tree has healed itself, so they must start working all over again. This happens every year.

There is no standard appearance of Kallikantzaroi, there are regional differences on their appearance. Some Greeks have imagined them with some animal parts, like hairy bodies, horse legs, or boar tusks, sometimes enormous, other times diminutive. 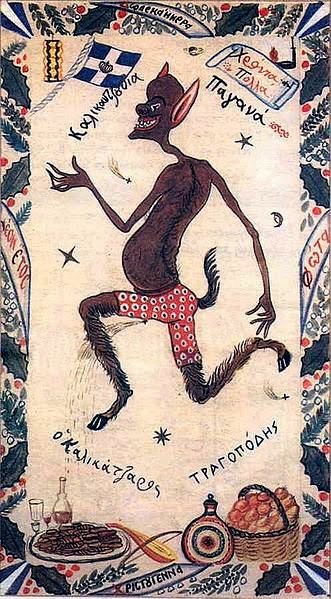 A goat footed Kallikatzaros
Others see them as humans of small size smelling horribly. They are predominantly male, often with protruding sex characteristics. Many Greeks have imagined them as tall, black, hairy, with burning red eyes, goats' or donkeys' ears, monkeys' arms, tongues that hang and heads that are huge.  Nonetheless, the most common belief is that they are small, black creatures, humanoid apart from their long black tails. Their shape resembles that of a little, black devil. They are, also, mostly blind, speak with a lisp and love to eat frogs, worms  and other small creatures.
One particularity that sets the Kallikantzaroi apart from all other goblins/creatures of the Underworld is that they appear on Earth for only twelve days out of the whole year. Their short duration on earth, as well as the fact that they were not considered purely malevolent creatures but rather impish and stupid, have led to a number of theories about their creation. One such theory connects them to the masquerades of the ancient Roman winter festivals of Bacchus and later of Dionysos, in Athens, Greece. During the drunken, orgiastic parts of the festivals, maskers, hidden under costumes in bestial shapes, yet still appearing humanoid, may have made an exceptional impression on the minds of simple folk who were intoxicated.

In Greek, Kallikantzaros is also used for every short, ugly and usually mischievous being. If not used for the abovementioned creatures, it seems to express the collective sense for the Irish word leprechaun and the English words gnome and goblin.

This was the end of the Christmas and New Year's celebrations in Greece!
I again wish everyone a very happy 2014!!! 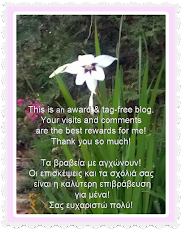 I live in Athens, Greece, married with two grown-up children.
I have always liked decorating, creating, recycling and giving a second chance to old things.
Decoupage is one of my recent ‘loves’, besides reading, gardening, photo, travels, etc.
Thank you for visiting and for leaving your comments !

The weather in Athens 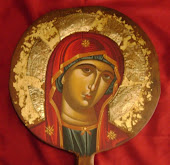 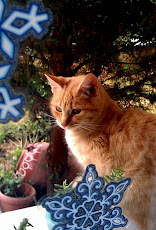